Contents show
The Best Documentaries About Honey Bees and Beekeeping at a Glance
1. Bees: Tales From the Hive
2. Vanishing of the Bees
3. More Than Honey by Markus Imhoof
4. Queen of The Sun: What Are the Bees Telling Us? by Taggart Siegel
5. Why Bees are Disappearing by Marla Spivak (Ted Talk)
Final word

Looking for some of the best and most fascinating beekeeping documentaries that will keep you entertained for hours? We’ve got you covered with an amazing list of documentaries about bees that have ever been filmed.

Let me go against the grain and say the world doesn’t need more beekeepers. It needs more bee caretakers. Let me explain.

Bees are not declining because beekeepers are. In fact, the opposite is true. The declining number of bees is leading to the collapse of the beekeeping business. Why are the numbers declining so rapidly?

Pesticide and herbicide use have greatly increased with the practice of monoculture. These days we have large tracts of land covered by a single species of plant, such as corn. We go further to weed out any other types of plants and flowers.

Bees need a varied diet just like we do, and this specialization robs the bees of their dietary requirements. These farms are not run by beekeepers, yet their practices negatively affect the bees.

Beekeepers already understand the plight of the honey bee. They see it every time they find an empty hive or a pile of dead bees.

I think documentaries about honey bees are a great way for beekeepers to get their concerns heard by all non-beekeepers. It is possible to appreciate the bee without ever owning a hive.

Building this appreciation requires the help of some feel-good visual aids and a message of urgency. If the message is all doom and gloom, then people may not want to join the cause.

The Best Documentaries About Honey Bees and Beekeeping at a Glance

This first documentary on this list will make you appreciate the miracle that is the honey bee and the magnificence of the colony’s super-organism.

The other documentaries will explore the crisis that is being faced by the bees and what we can do to boost bee health and the beekeeping industry.

Here are the best documentaries on bees and beekeeping for your leisure.

1. Bees: Tales From the Hive 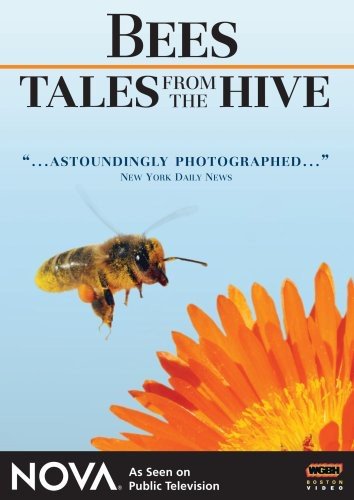 This documentary shows you what it means to be a bee, how to work together in a nuclear family of more than twenty thousand individuals, and how they thrive.

There is beautiful footage of how the bee forages, transports nectar, passes this nectar on to other bees, and finally, how the final honey we love so dearly gets made.

This ultimate educational film shows you all aspects of the bees’ natural existence.

You’ll get to see how it deals with unwelcome intruders, as well as how some intruders have managed to beat them with clever masking tactics, making them virtually invisible to a colony that could sting them to death and disposes of the body without so much as a ‘how do you do.’

Learn about the politics of the hive where two queens cannot co-exist and witness a fight to the death.

It’s a great film that will allow everyone, beeks and non-beeks alike, to appreciate what the honeybee does for itself and for us.

2. Vanishing of the Bees

Bee populations are declining at an alarming rate. When an organism that is responsible for more than 25% of the food on our tables disappears, our very existence is threatened.

Einstein said it best that human life would end in four years if the bees disappeared. That’s not a hypothesis I want to test, and yet the evidence is there.

As a result of declining bee populations, almond farmers had to resort to importing colonies from the land down under. Almonds cannot self-pollinate. This is just one instance of the effect of the absence of the honey bee.

This documentary helps us understand the phenomenon that has been dubbed as colony collapse disorder, CCD. You can watch it on Amazon.

Vanishing of the Bees
Narrated by Elliot Page (JUNO, INCEPTION), this documentary takes a piercing investigative look at the economic, political and ecological implications of the worldwide disappearance of the honeybee.
See on Amazon

It also gives us a glimmer of hope for what some beekeepers are doing to provide a safe environment for the bee and calls you to join in the fight.

3. More Than Honey by Markus Imhoof

On the trail of the honeybee, this documentary about the honey bee transverses the globe seeking answers to the mystery of declining bee populations.

Witness the effect of a man-turned-pollinator in China because the bees have disappeared as a result of increased pesticide use.

Get a close-up of the commercial practices of farming and witness the direct impact it has on these hard-working creatures.

More Than Honey
Oscar-nominated director Markus Imhoof tackles the vexing issue of why bees are facing extinction. From California to Switzerland, China and Australia he investigates this global phenomenon. Exquisite macro-photography of the bees in flight and in their hives reveal a fascinating world in crisis.
See on Amazon

Once you witness how quickly pesticides and fungicides take effect on a foraging bee, your attitude toward the irresponsible use of chemicals is very likely to change.

Once again, there’s hope offered in the film as well as you will witness areas where the honey bee can thrive in a land with uncontaminated nectar.

Anyone who enjoys food should watch this and learn what it requires to make this happen.

4. Queen of The Sun: What Are the Bees Telling Us? by Taggart Siegel

Listen. Can you hear it? Can you hear the hum? If not, then this movie will tell you why. The absence of the bees speaks volumes.

The empty hives and mounds of dead worker bees sound their red alert, and this documentary breaks it down for us. If the bees are dying, so are we.

When the plants are contaminated, so is our food. If the colony has collapsed, we are going down with them.

By highlighting the possible causes of the high mortality of our bees, we can see that other pollinators, such as birds and butterflies, are also affected.

If that doesn’t get to you, then you, the final consumer, should consider that the very same flowers that feed the bees wind up in your body in the form of fruit, vegetables, and nuts.

Queen Of The Sun: What Are The Bees Telling Us?
What Are The Bees Telling Us? takes us on a journey through the catastrophic disappearance of bees, this engaging and ultimately uplifting film weaves an unusual and dramatic story of the heartfelt struggles of beekeepers, scientists and philosophers from around the world. Together, they reveal both the problems and the solutions in renewing a culture in balance with nature.
See on Amazon

Watch this documentary and see how we are going wrong and also how we can begin to redeem our dire situation.

5. Why Bees are Disappearing by Marla Spivak (Ted Talk)

This last one isn’t exactly a documentary but deserves an honorable mention. This is a 15-minute video that will help you understand how important bees, not just honeybees, are to our existence.

She explains, very simply, how efficient the honey bee is as a homemaker and caretaker and goes through the ways we can help this vital creature thrive.

If we could make it mandatory for everyone to watch these best documentaries about bees and beekeeping, then that would be a step in the right direction.

Beekeepers already feel the pain of bee deaths, yet many of those causing the deaths have no idea.

Add these documentaries to the movie night schedule and call your friends and neighbors over.

We are in a battle for survival, and the more troops we have, the better our chances.